Faculty of Chemical and Biopharmaceutical Technologies 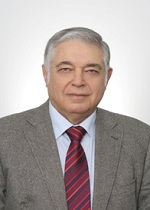 In 2020, the department celebrated  its 90th anniversary!

The Department of Chemistry was established in 1930 during the organization of Kyiv Institute of Leather and Footwear Industry. The head of the department (1930-1935 and 1941-1944 years) was wellknown for his work in chemistry and technology of leather Professor Kotov M.P. Among the first teachers of the department were: 1930. – Assoc. Prof. Fokina N.S., Assoc. Prof. Fokin AS, from 1933 to 1934 – Assoc. Pospehov D.A., from 1937 – Boulange I.N., since 1938. – Lednova A.M. Since 1930 the following courses were taught: general, inorganic, organic, physical and colloid chemistry, the chemistry and technology of leather. The main cohort of students in this period was completed by children of workers in tanneries.

In the period from 1935 to 1937 department was headed by Associate Professor Fokina N.S., and from 1937 to 1941 – Associate Professor Fokin A.S. In 1937 the institute received a room on the street Klovska 16 (currently – 2, Nemirovich-Danchenko str.). Department of Chemistry had 2 laboratories: general and analytical chemistry, organic, physical and colloid chemistry.

After the war in 1944 institute resumes in Kiev. The Institute was destroyed. The department led student groups not only in the reconstruction of the Institute, but the city as well (Khreshchatyk str.). In October 1st 1944 in institute, classes began. In 1944 to head the Department of General and Analytical Chemistry was invited Professor Cullberg L.M. The main scientific direction of the department was the development of new methods of analysis. A number of works on halfmicromethods and rapid analysis methods were perfomed, as well as drip analysis. The department was one of the first in Ukraine who transferred the methods of analitic chemistry in halfmicromethod.

In the period from September 1971 to March 1975 the department was headed by honored worker of science and engineering professor O.I. Yurzhenko The teaching staff of the department was working on promising direction associated with the profile of the institute - "Obtaining and study the properties of polyurethane latex" (group of Assoc. Prof. Golubev A.V.). As a result - polyurethane latex for special purposes were obtained, defended 3 theses, published more than 30 scientific papers, obtained 10 patents.

From March 1975 to 1988 the Department of General and Analytical Chemistry headed by Professor K.I. Matkovskyi Dr.

The main directions of research in this period are: the improvement of research in new methods of synthesis and chemical analysis of monomers and polymers; research on problems of higher education. For the first time, focus group of Assoc. Prof. Golubev A. worked to create polyurethane aqueous dispersions that can be used as binders for the skin, and in the textile industry for impregnating woven and nonwoven materials to enable them mechanical and chemical resistance.

In the period from 1987 to 1988 the department was headed by Doctor of Chemistry, Professor V. Polyakov The department worked to obtain and study the properties of complex compounds for use as microbicides and drugs with fungicidal their subsequent use to modify the cellulose matrix and tissue (medical technology) (assoc.prof. Kryukov V.V.).

In August 2000 the specialty "Technical electrochemistry" was licensed, in 2011 the specialization "Electrochemical Power Engineering and Environmental Safety." Currently the Department with one hand, educates bachelors and M. Sc. of the mentioned specialty with specialization in the field of electrochemical energy, on the other ─ provides fundamental knowledge of chemical disciplines of chemistry department students and training students of chemistry. In this regard, the Department was entitled "Department of Electrochemical Power Engineering and Chemistry."

Prof. Viacheslav Barsukov was a supervisor for 8 Ph.D. dissertations; he is the member of editorial boards of 4 research journals, including 2 international; member of two International Societies (ISE, ECS). 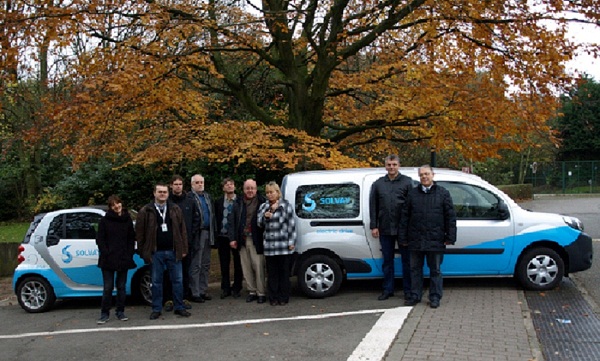 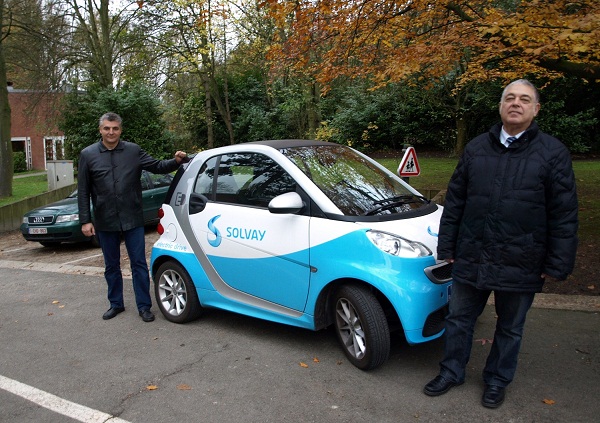 Рhoto 1-2. The International team for the development of the European Union “Energy Caps” project on the creation
of the effective power sources for electric cars.
The team consists of the representatives of ” (Belgium), “Poznanska Politechnika” (Poland),
“KNUTD” (Ukraine)  and SME “UNASKO” (Ukraine) and “Recupil” (France)

The Department of Electrochemical Power Engineering & Chemistry is well equipped with all necessary equipment for the R&D of novel materials for batteries, fuel cells, supercapacitors, different electrochemical reactors and cells. The team has facilities for developing the concept cell of batteries, cell design, technology and troubleshooting, cell optimization studies, cell failure analysis including investigations with internal and external reference electrodes. Also a set of analytical and physical-chemical techniques for analysis and preparation of electrodes materials for different power sources is available.

The main available equipment is as following:

Papers in the International Journals (books), cited by Scopus database

Presentations at the International Conferences:

The department of electrochemical energy and chemistry during the whole time of its existence has trained nine groups, beginning from 2005. All the students who studied according to the government order on state orders are 100 % employed 100 %. 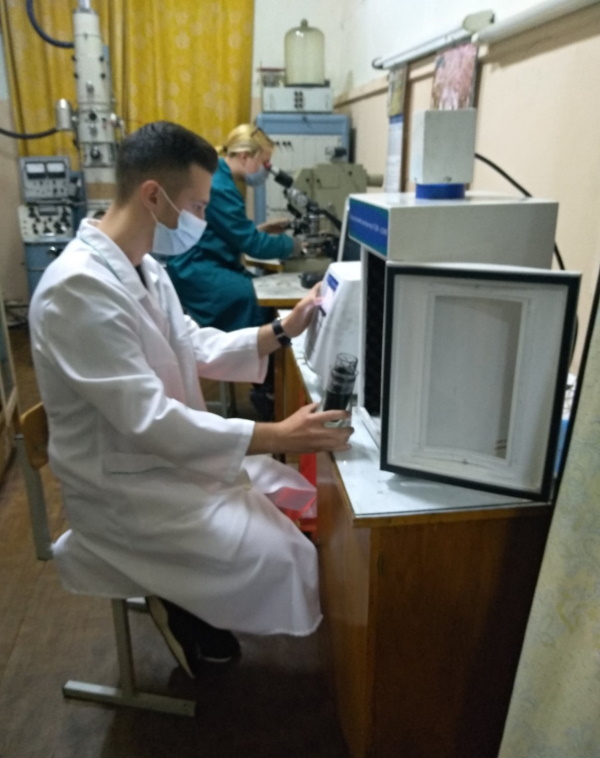 Photo 3-4. Students of the electrochemical department in the research laboratory 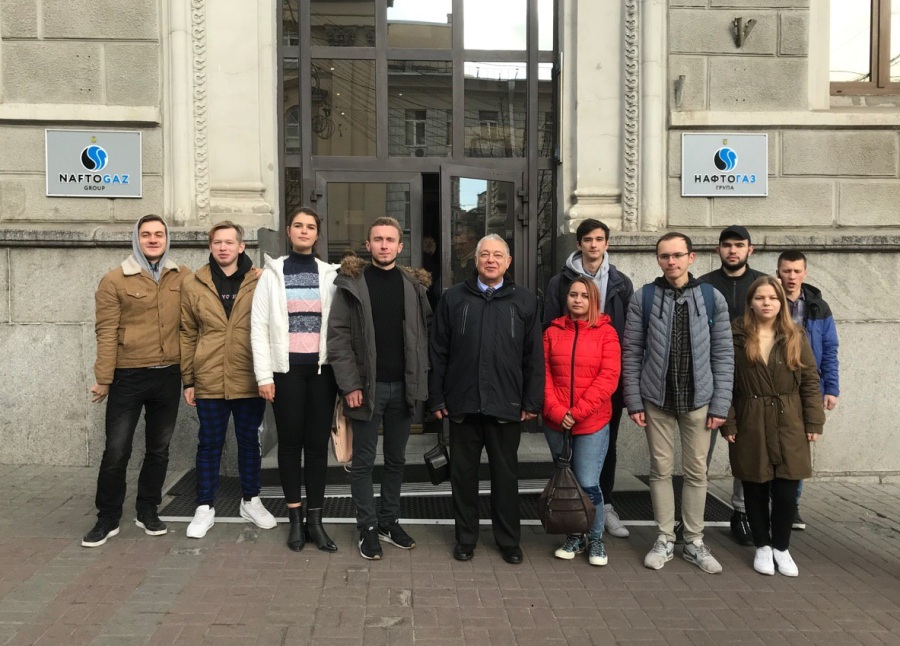 In 2016 we founded a great tradition - in the framework of celebrating Science Day in Ukraine in May in the format of cooperation with the International Society of Electrochemistry (ISE) the 1st ISE Regional Student Meeting in Ukraine - “Promising Materials and Processes in Technical Electrochemistry” was organized. The tradition was continued. In 2017-2019, the Department hosted the II-IV ISE Satellite Regional Student  Meetings "Promising Materials and Processes in Applied Electrochemistry", the scientific materials of which were published in the collective monographs - 2016-2019 and in the special issues of Elsevier Journal "Material Today: Proceedings - 2019 (2020 - in press), which is referred in Scopus, Web of Sciences. The official site of the symposium is http://isestudents.knutd.edu.ua/. Here you can get acquainted with the programs, publications and photos of all Symposiums. 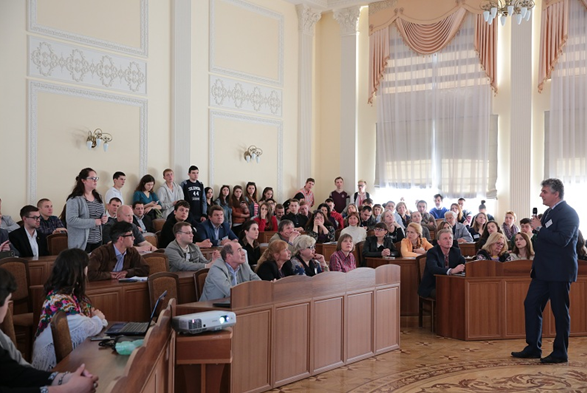 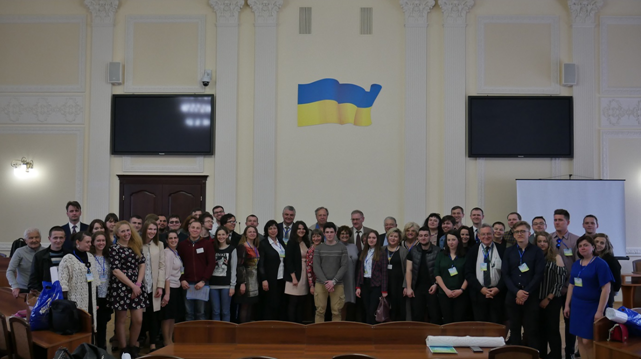 Directions for cooperation: Fundamental and applied R&D in the fields of development and investigation of novel materials for perspective Li-ion batteries (up to 200 Wh/kg); Met-Air (Li-Air, Zn-Air, Al-Air, etc.) rechargeable cells (500-800 Wh/kg); Hybrid supercapacitors (which could combine a high power ca 3-5 kW/kg simultaneously with quite acceptable energy ca 30-40 Wh/kg depending on the mode of charge-discharge from dozen seconds to dozen minutes).

The department trains Bachelors and Master Sc. with the specialization in the sphere of electrochemical power engineering.

At the department research work is carried out with involvement of students and in close collaboration with scientific institutions not only from Ukraine but from the USA, Great Britain, France, Germany, Poland, Romania, Greece, Austria, Belgium, etc. We constantly work on several international grants.

Against the background of the world energetic crises, and in connection with steady exhaustion of traditional kinds of fuel, the use of hydrogen becomes attractive for wide production of electric energy and in autonomous current sources which differ not only by high effectiveness but also absolute ecological safety.

Besides, the society needs development of modern methods and means for ecological monitoring of the environment and neutralization of toxic substances, and the most effective among them are electrochemical technologies and equipment.

Thus, at our department the training of specialists is carried out according to the priority directions of the world development of the economy.

KNUTD is a member of Ukrainian Association of producers of electrochemical power sources “Batteries of Ukraine”.
The organisation of training of specialists of the speciality “Technical electrochemistry” and with the specialization “Electrochemical power engineering and eco-safety” encourages active attraction of students to carrying out research work, organic integration of scientific investigations and educational process, expansion of international contacts in the direction of student exchanges, practices.

The leading research institutions of Ukraine and the world, instrument making and machine building companies and enterprises, oil-and-gas-transport enterprises and numerous laboratories of the ecological control are interested in our graduates. Those who desire can continue their study as postgraduate students, obtain the second higher education at the KNUTD. 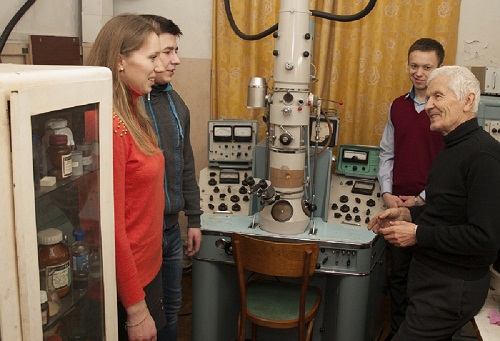 Photo 7. The associate professor Tverdokhleb V. S. with Masters Sc. from the electrochemical department in the laboratory of electronic microscopy

We train universal chemists that the list of primary positions testifies (the extract from the normative – legal document), which master – electrochemical engineer can occupy:

2113.2 – teacher of higher and vocational schools;

Professional activity of prospective electrochemistry specialists can be performed in such areas:

While studying at the university, students can obtain military occupation and the second higher education, in particular, economic or financial area (since the 5th term, with discounts for payment) as well as complete Master’s degree and Postgraduate’s degree program.