STUDENTS OF KNUTD OBTAINED MILITARY EDUCATION AND TOOK THE OATH

July 23, 2022 a solemn event took place at our University – students who underwent military training in parallel with their studies at the University took a military oath of allegiance to the Ukrainian people.

Young men and women obtained the military accounting specialty “Organization of food, material, skippering and commercial and household support” at the Educational and Scientific Complex of Military Training, created on the basis of National University of Defense named after Ivan Chernyakhovsky and Kyiv National University of Technologies and Design.

This year, due to the full-scale military aggression of Russia against Ukraine, the event was held in compliance with all safety standards and turned out to be smaller than in previous years, but no less solemn. 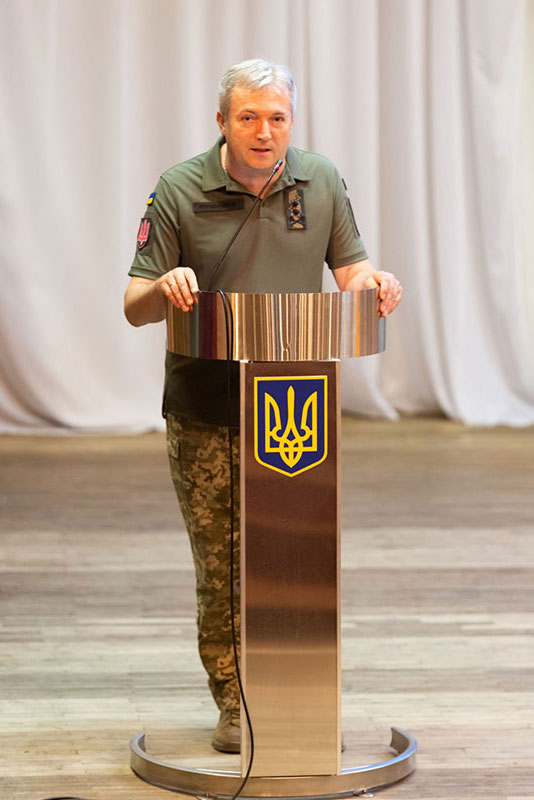 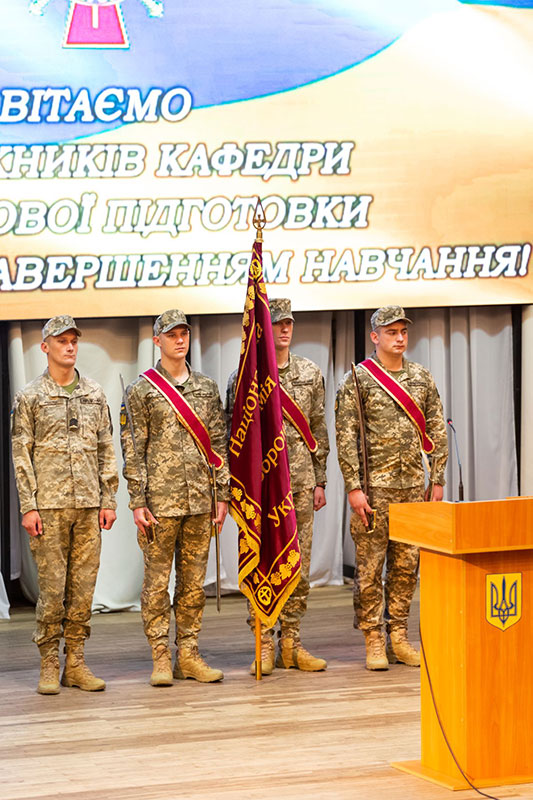 The future officers were congratulated by the Deputy Head for educational work of the National Defense University of Ukraine named after Ivan Chernyakhovsky, Lieutenant-General Viktor Tarasov and vice-rector of KNUTD for scientific and pedagogical activities, Oksana Morgulets. 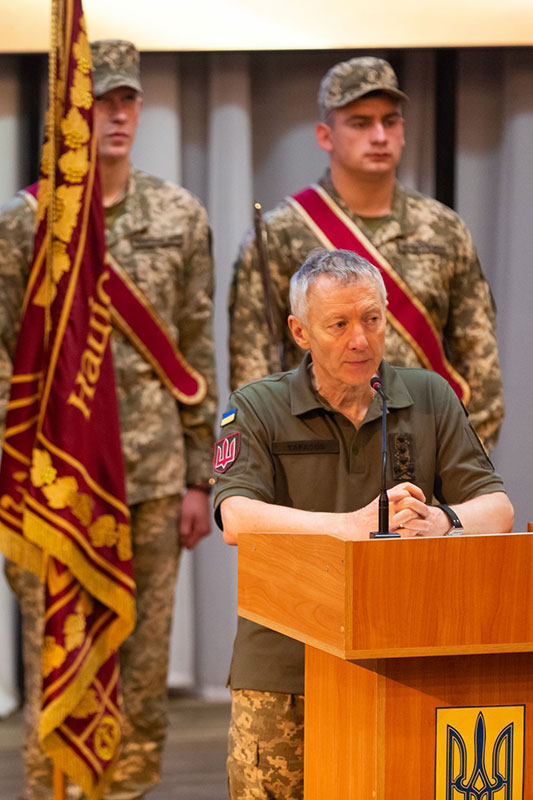 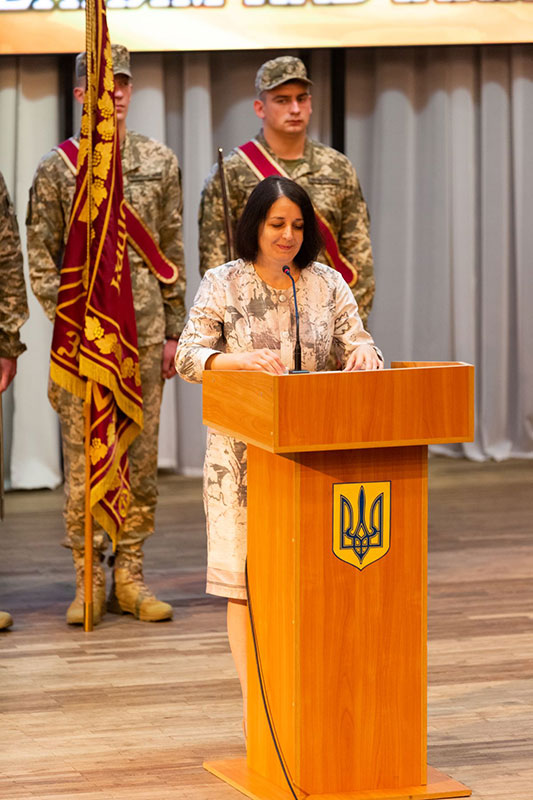 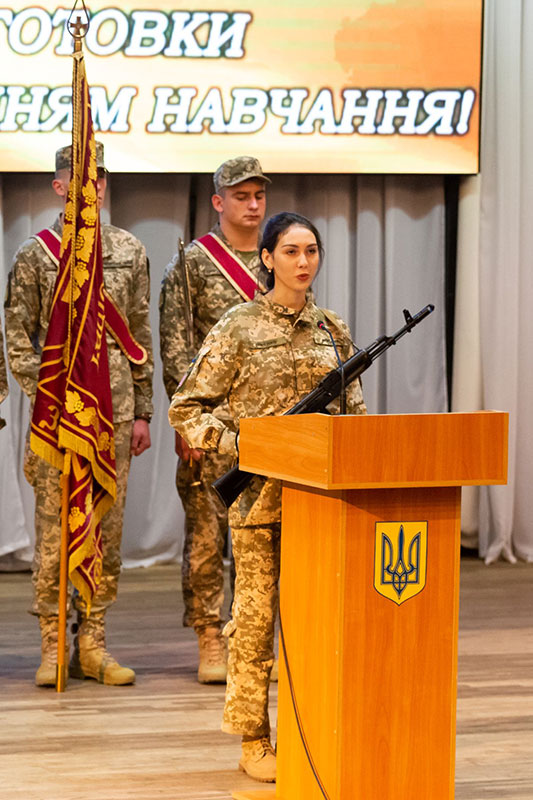 The culmination of the solemn event was the taking of the Military Oath of Allegiance to the People of Ukraine. The participants of the event were very moved because everyone was aware of the importance of the event and the desire of our graduates to protect their native Ukrainian land. 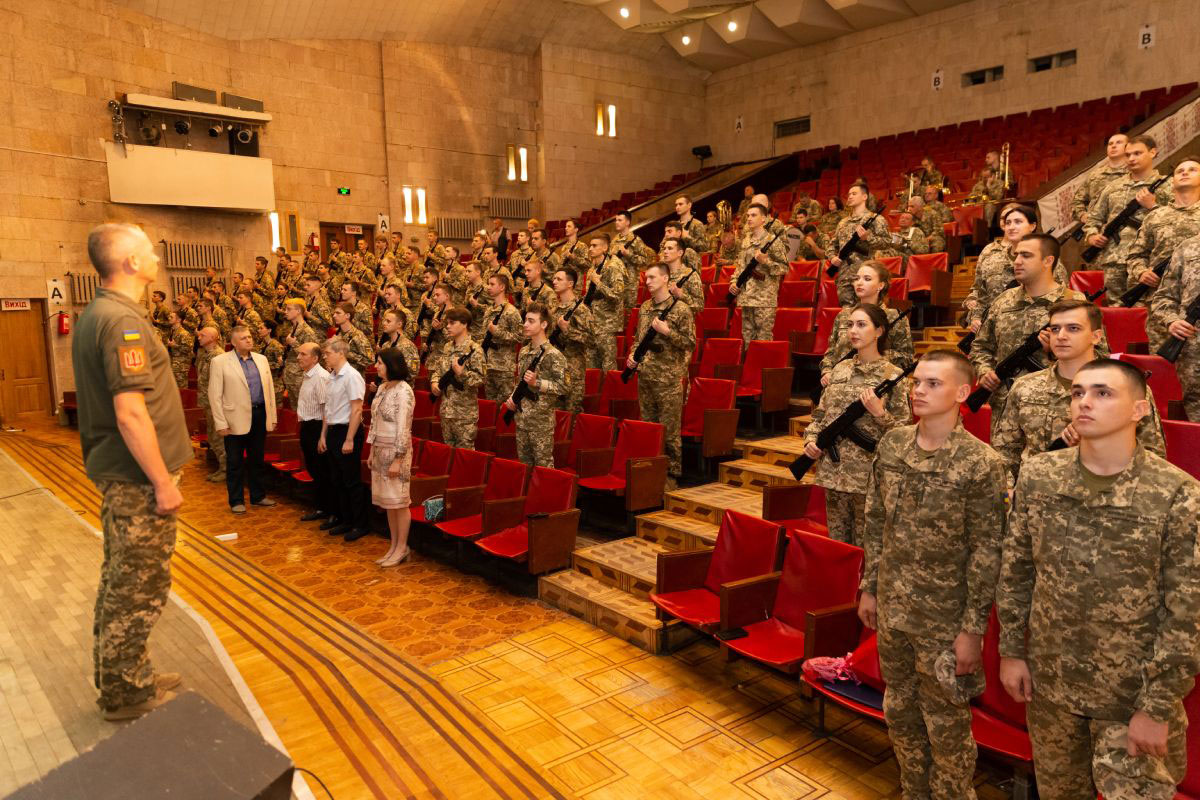 The military orchestra of the National Defense University of Ukraine named after Ivan Chernyakhovskyi performed a musical greeting. 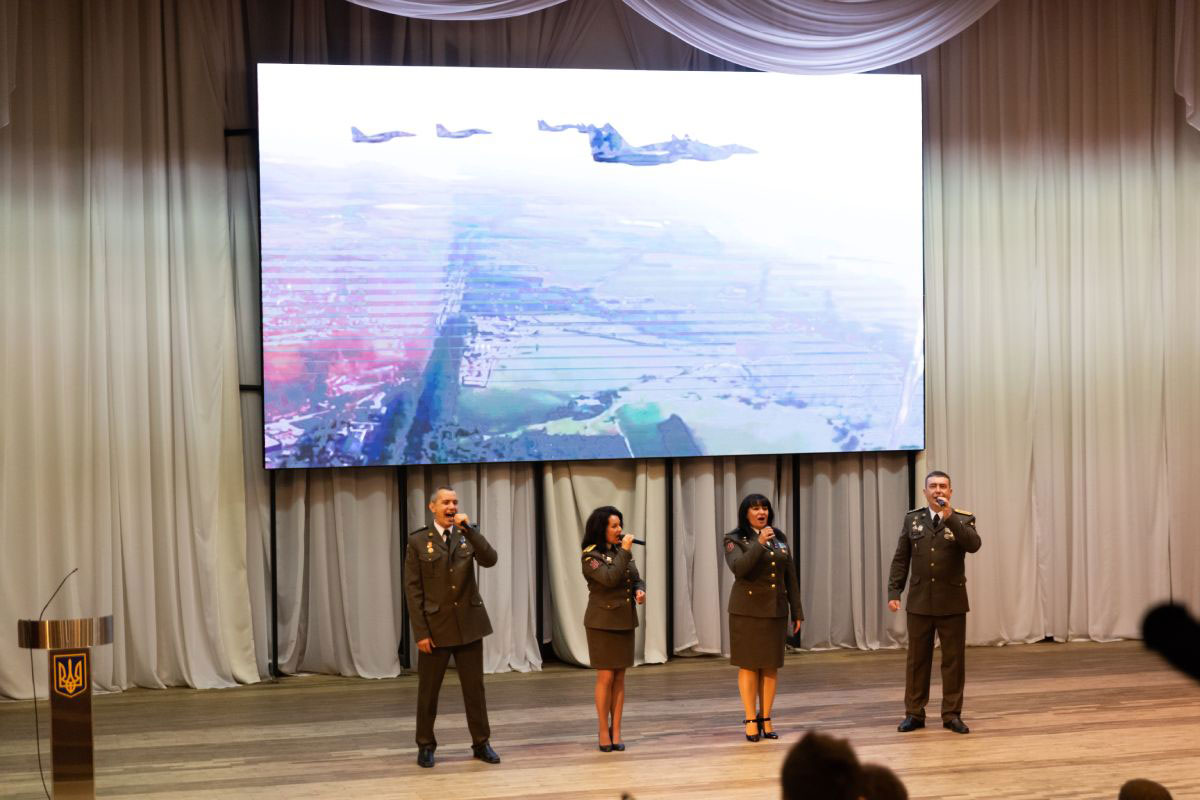 The event ended with a joint photo session.

We are proud of our graduates and wish them to be worthy defenders of our country!