EDUCATIONAL AND ENTERTAINING QUEST – ACQUAINTANCE WITH SCIENCE AT THE UNIVERSITY “KNUTD – STEP BY STEP”.

On September 7, 2022, at the initiative of the student self-government of KNUTD, in cooperation with the scientific and technical library, an educational and entertaining quest was held for students of the University – acquaintance with science at the University “KNUTD – Step by Step” (hereinafter referred to as the Quest).

The event was aimed at improving adaptation and strengthening communication between students of different years, scientific departments of the University, and the library. This interaction should help students develop their competencies (soft skills): creativity, self-organization, stress resistance, ability to work with information, activity, and, of course, speed.

The tasks were also devoted to the national and patriotic education of our students, the problems and scientific publications used during the quest were dedicated to the 31st anniversary of the Independence Day of Ukraine and the Day of the National Flag of Ukraine.

It is pleasant to note that 7 teams from the Faculties of Art and Fashion, Design, Management and Business Design joined the quest!

Among the teams were first-year students, happily accepted into the community of the University by senior students, who helped them complete tasks, hastily telling about the location of monuments, installations, and the necessary audiences.

From the very beginning, the organizers of the Quest were intrigued by the names of the teams: “Pretty Women”, “504”, “Desinger Pulmeni”, “Motivation”, Star Designers”, “Deputies”, “Team X”. It was immediately clear that our students are interesting, creative, and have their individual positions! 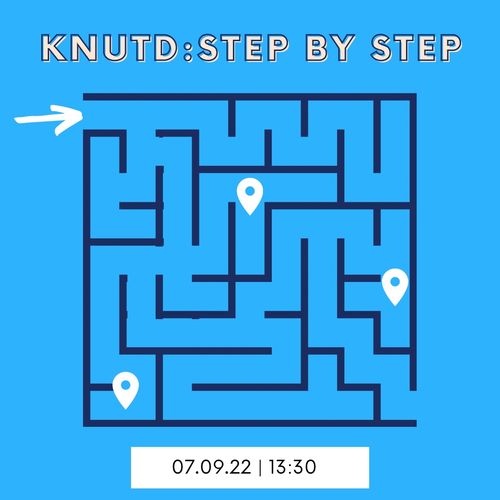 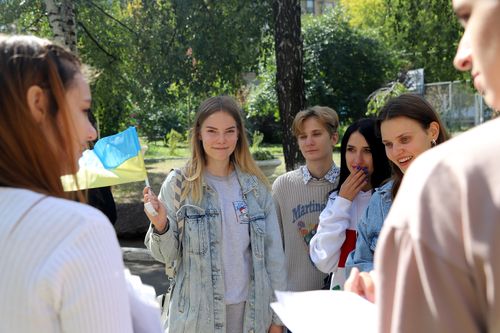 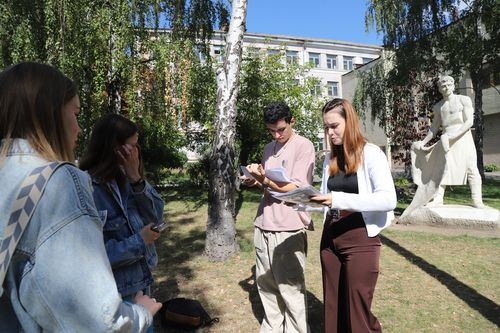 The Quest took place according to the route sheets. Among the locations of the Quest were KNUTD art objects, reading rooms, library departments, a book depository, etc.

During the route, the students worked with puzzles and tasks, looked for monuments and installations, walked through the labyrinths of book storage, in search of commemorative prizes in exchange for the correct answer, looked through paper catalogs, searched for publications by codes in the open fund of the reading room. 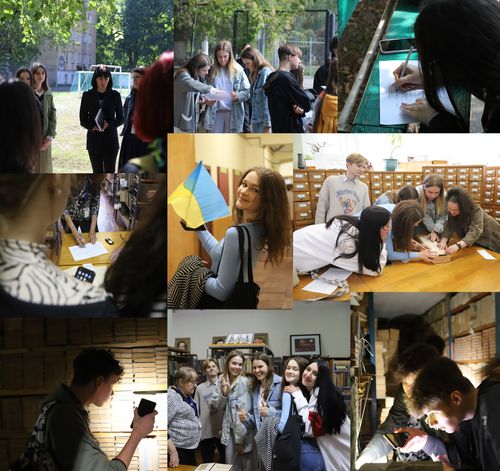 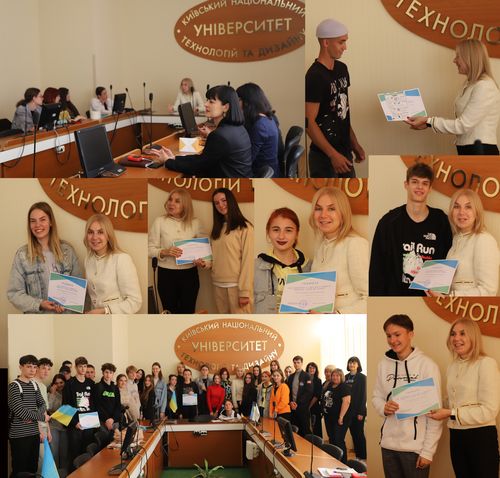 It was wonderful to watch the competitive spirit of the teams, their zeal in completing tasks, and running through the corridors of the library!

Well-coordinated teamwork, ingenuity, and dexterity of the participants paid off – all the teams were awarded for their active participation in the Quest.

From the library, each of the teams received a symbolic gift for the Day of the National Flag of Ukraine and the 31st anniversary of Ukraine’s Independence – a Ukrainian flag in auto-format with a mount.

Vice-Rector for Scientific and Innovative Activities, Professor Lyudmila Hanushchak-Efimenko congratulated the winners and all the participants on a successful debut. 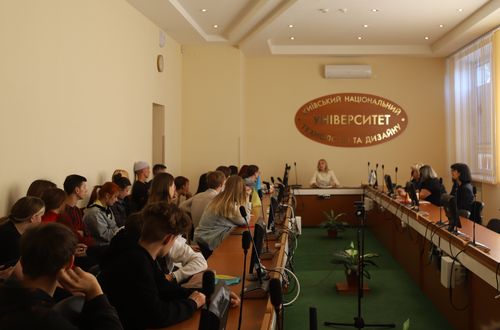 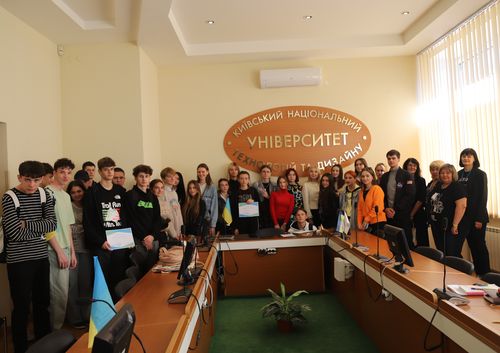 The final location of the Quest was one of the meeting halls of the University, where all the teams got together, the results were calculated “live”, and the winners were announced by Vice-Rector Lyudmila GANUSHCHAK-EFIMENKO.

After the presentation of certificates, the Quest participants had the opportunity to talk with Vice-Rector Lyudmila Hanushchak-Efimenko, who introduced students to the scientific plans for the 2022-2023 academic year, invited applicants for higher education to participate in the University scientific events, noted that science is not only useful for humanity but is also a very interesting activity that allows you to show creative abilities, and promotes self-realization.

We hope that this scientific and communicative event will become traditional in familiarizing students with the University structure and will also develop the social, civil, and communicative competencies of the participants.

We express our sincere gratitude and hope for further cooperation to the student self-government of KNUTD, represented by Natalia Lesyuta and Alexander Babak!

“Sincere admiration and faith in the wonderful victorious future of our students” – let these words of Vice-Rector for Scientific and Innovative Activities Lyudmila Hanushchak-Efimenko turn from a winged parting word into the motto of our future meetings!

Thanks to all the participants!