On January 8, 2023, Dubai Opera hosted one of the most important festivals in China – the Fast Way Gala Concert! This event became the basis of the New Year celebration program organized by the Chinese community and Orpheus & Ironman Partners with the support of the Embassy and Consulate of the People’s Republic of China in the United Arab Emirates. The grandiose show was attended by more than 300 representatives of the authorities of the two governments, including Sheikh Humaid bin Rashid al-Nuaimi – the Emir of Ajman and the Ambassador of the People’s Republic of China to the UAE. 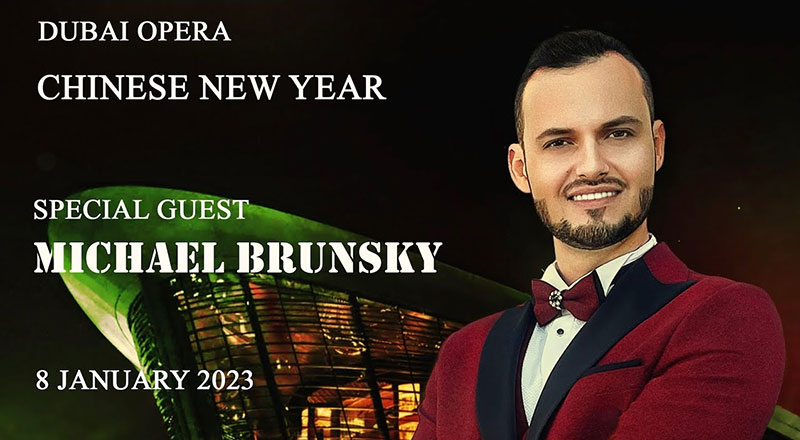 This year, for the first time in the nine-year history of Fast Way, a foreign guest was invited to the concert. He was Michael Brunsky, Honored Artist of Ukraine, composer, professor of the Department of Performing Arts and Culture of KNUTD, possessor of a unique tenor-alto voice, master of musical arts majoring in vocals, winner of the “Cup of the President of Ukraine” in musical arts. Michael Brunsky is the author and performer of the main role in the world’s first electro-rock opera “Orpheus and Eurydice Forever”, a partner in the creation of which is Kyiv National University of Technologies and Design.

The audience highly appreciated the talent, creative skills, and professionalism of Michael Brunsky.

We are proud of our professor’s success, we wish him the greatest creative achievements, opportunities, and inspiration to further popularize our university, our country, and Ukrainian culture in the world!