DEPARTMENT OF TEXTILE TECHNOLOGY AND DESIGN 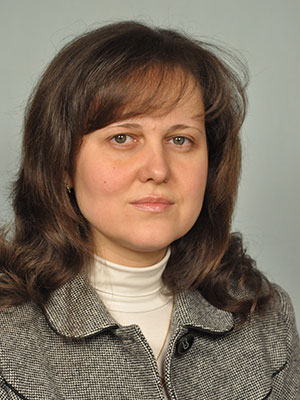 
Head of the Department, Doctor of technical sciences, professor

The department of Knitwear Production Technologies for the time of its foundation was headed by:

Department of material science was established in the Kyiv technological institute of light industry (KTILP) in 1953.

During the whole period of its existence the department was headed by:

Since September 2019, after the reorganization, the Department of Textile Technology and Design is headed by Doctor of technical sciences, professor Liudmyla Yevgeniyivna Halavska.

Special vocational training of students is led by a highly qualified teaching staff of the department, including 5 professors, 8 associate professors and 1 senior teacher. The number of teachers with academic degrees and academic titles is 99%.

The average age is 48 years. There are no teachers of retirement age.

The training of scientific and pedagogical staff of higher qualification is conducted at the department on the basis of its own staff through the department of postgraduate study and doctoral studies of KNUTD in specialties 05.18.19 - "Technology of textile materials, garments and knitwear" and 05.02.01 - "Material science".

All the years of the department existence were related to research work. The department has educational and scientific laboratories that allow testing of fibers, threads and different materials of light industry goods in accordance with the applicable standards:

Educational laboratories are equipped with standardized instruments for determining the mechanical and physical properties of materials for textile and light industry products.

Much attention is paid not only education but also research work of students. Most of them are engaged in research work in various areas under the supervision of the department teachers. 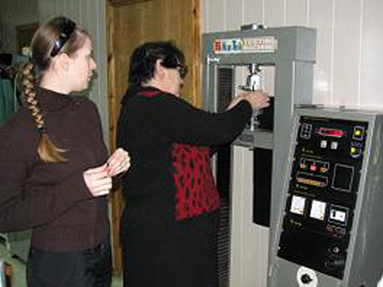 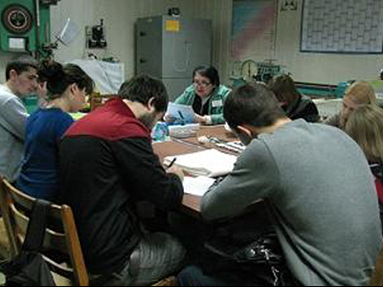 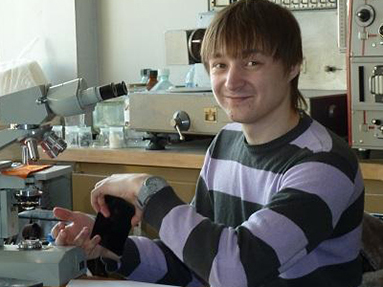 The research work of the Department of TT&D is carried out within the limits of scientific directions of the University:

For the last years one of the main areas of research is the development of a new range of hospital and adaptive clothing which differs by a special design with flexible morphological structure and use of high-tech materials. Another area of research is the development of adaptive clothes for disabled people, especially, for wheelchair users and for children with cerebral palsy. Also was created polyfunctional technical textile composite materials with predicted properties for looking after bed-patients. Researchers of the department are engaged in the development of environmentally safe multifunctional wound dressings with prolonged antimicrobial action. Perspective directions of research are the use of nanotechnology in textile finishing.  An interesting and promising results was obtained is the applying of nanotechnologies for electroconductive textile materials for neutralize the charges of static electricity and textile creating materials with magnetiс properties to protect against electromagnetic radiation. Interesting scientific results were obtained on the subject of the study of the influence of UV on textiles and geotextiles of a wide range of applications. 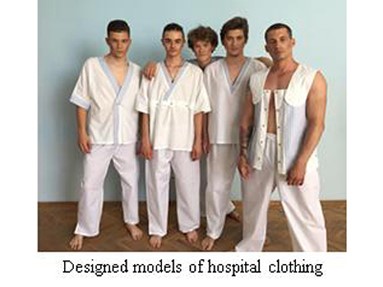 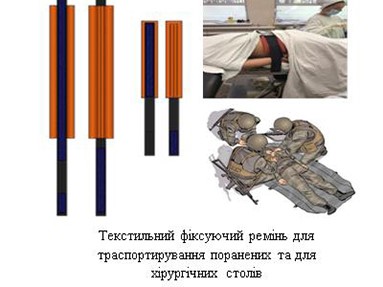 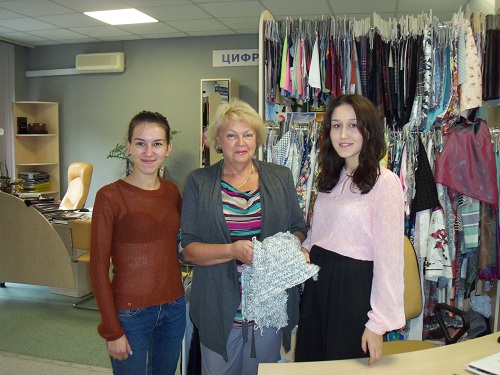 In 2009, seven teachers of the Department became full members of the International Federation of knitting technologists.

Assoc. Prof. Kyzymchuk O.P.  became the winner of Fulbright academic exchange program and received a grant from the U.S. Government for an internship at the University at Massachusetts (USA) from  1 September 2013. until 31 May 2014.

In 2004 the Department has created the Centre of technology and design of knitting, the activity of which is directed practical implementation of the students’ creative innovations and providing the local inhabitants with paid services in the designing and manufacturing of knitwear and fabrics of varying complexity. The main functions and activities of the Centre are:

Due to the existence of the Center, students have the opportunity to implement interesting design ideas, produce knitwear at the knitting equipment of the Department and to participate in the annual international fashion competition «Pecherski kashtany». 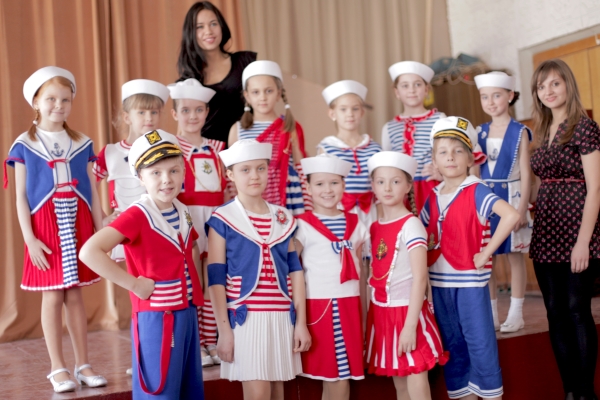 In accordance with the decision of the Academic Council dated 28 December 2011, "Laboratory of technological processes studies " (1-0391) was named after Professor F. Moiseenko for his significant contribution to the development of science, the preparation of scientific-pedagogical staff of higher qualification.

During 20015-2019 the teachers of the Department prepared and published more than 150 methodological references aimed at the organization of classroom and independent work of full-time and extra-mural students. 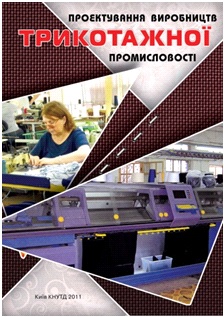 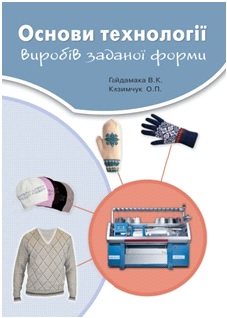 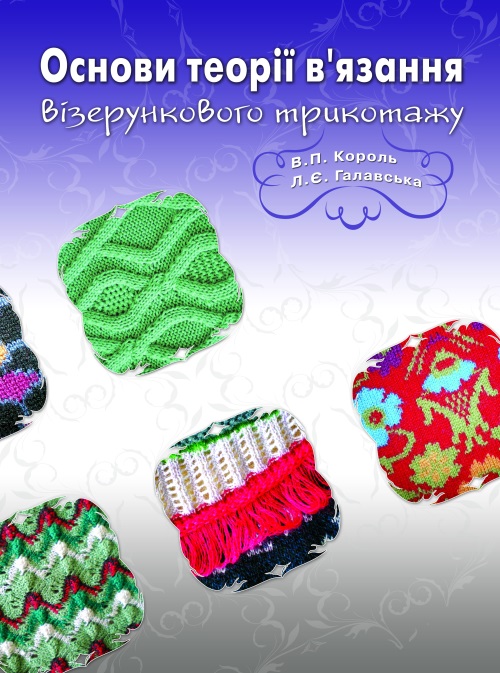 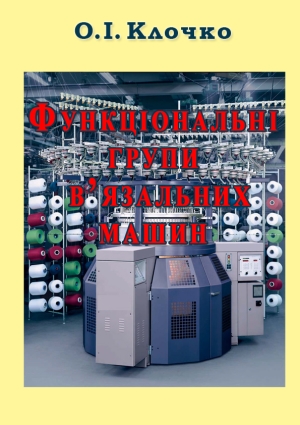 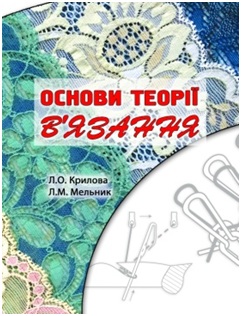 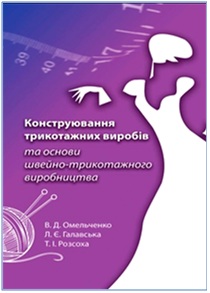 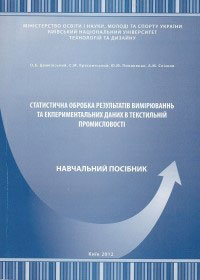 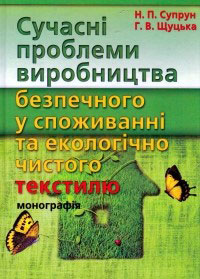 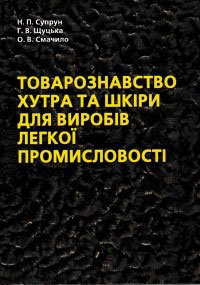 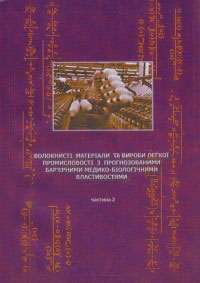 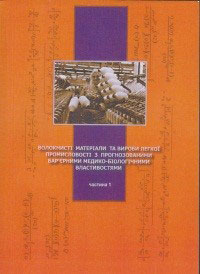 Courses Taught at the Department

In addition to these courses the curriculum includes a design unit, which is caused by the current requirements to knowledge and skills of modern knitwear production technologist:

Directions of Qualification Training and Specialities

The department provides training in the field of knowledge 18 - Production and technology specialty 182 - Technology of light industry in two educational degrees:

After receiving higher education graduates can enter to postgraduate specialty 05.18.19 - "Technology of textile, garment and knitwear" and 05.02.01 - "Materials Science". 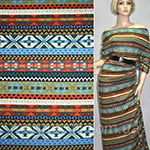 After graduation, the graduate will know:

After training specialist will be able to: 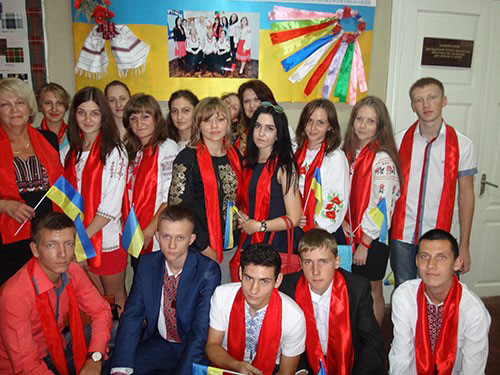 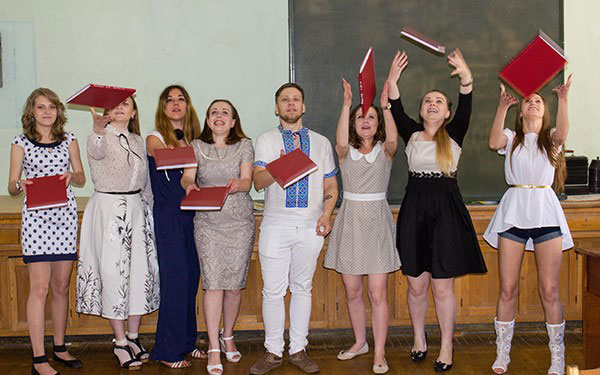 Students of the department of Textile Technology and Design are actively involved in complex technical problems solving, since scientific activity contributes to a deeper mastery of specialty. From the 3rd year they are actively involved in research work of the department. Students prepare reports on scientific seminars and conferences of young scientists and students.

Every January and February in the department among the students of 3-5 courses held high school round of Ukrainian Olympiad cycle majors, which in the last 2 years was attended by over 100 students.

Gifted students have the opportunity to present at the annual All-Ukrainian competition of student papers in the section "Light industry" own research and development, performed in collaboration with the lecturer. 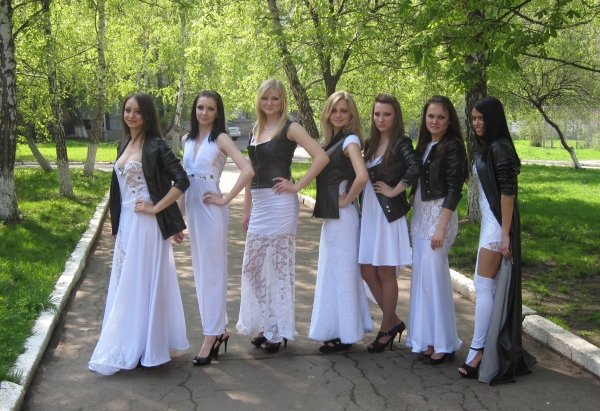 Omelchenko Vasily
Ph.D., senior researcher, academician of the Academy of Engineering Sciences of Ukraine, Honored Worker of Industry of Ukraine, State Prize of Ukraine in Science and Technology, a leading researcher of the State enterprise "Kyiv Research Institute of textile-haberdashery industry."

Chayun Vladimir
Chairman of the Board of JSC "Sophia".

Tovchyha (Anufrieva) Elena
At the present time is the engineer-manager in knitting company profile "ALT - Suite".

Osaulenko Alexander I.
Since March 2005 he has been professor of general legal disciplines of the National Academy of Internal Affairs.

Rozsoha Tatiana
In 2007 she was appointed head of the laboratory technology Kyiv NDITHP knitted textile materials.

Eduard Nasyrov Albertovich
He worked in the fashion house "Capital" designer
While still at university Nasir EA actively participated in various competitions and shows. Today is the lead designer. His name is known not only in Ukraine but also abroad.

The Department participates in scientific research, conferences, and seminars in such countries as the Czech Republic, Slovakia, Poland and Germany.