Education and Scientific Institute of Engineering and Information Technologies 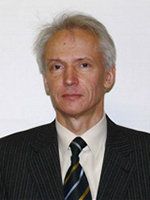 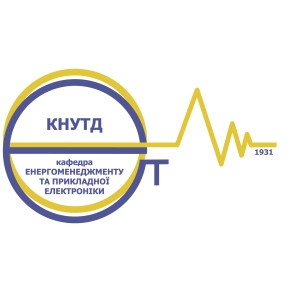 About the Department
History of Department Development

The Department of Energetics was founded at Kyiv Polytechnic Institute of Leather Industry (KPILI) in November, 1931. The lectures of thermal and electrical engineering were delivered at the Department. Dushskiy Pavlo Ovsiyovych, the associated professor, was appointed as a Head of the Department. 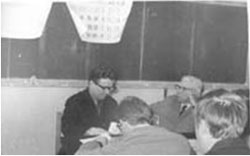 That period the power engineers for light industry enterprises were trained at the institute. The department was an integral part of the Mechanics and Energy Faculty. The training of experts was carried out by: Professor Kholmsky V.G., Ph.D. Kvachev G.S., teachers Kashpyrovskyy, Spylko V.F. and others. 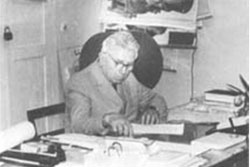 In 1948, the Department was headed by associate professor Repetin Olexander Petrovych, who began to work at the institute in 1947. He had an extensive practical experience in the industry - he had worked as «Donbasenergo» Chief Engineer. He was elected as the Dean of the Mechanical Department for the period from 1952 to 1969.

For the period of 1948-1972 the Department performed 12 contractual scientific and research works with the enterprises of light industry. These works were performed for «Kyiv» footwear factory, and Ternopil cotton plants. The Department worked with Kiev GPI-5. Four theses were defended during that period. In 1970 «Light Industry» publishing house issued the textbook, where the Associate Professor Repetin O.P became the co-author.

Since 1972 the Department was headed by Professor Skrypnyck Yuriy Olexiyovych, who was invited from the of of the of of . He worked for one year at the Department and was transferred for further work in the Department of Automation and Mechanization of Chemical and Technological Processes. 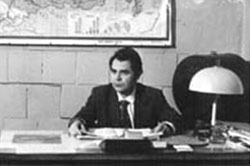 In 1984 the Department staff was awarded with the Diploma of Yu.O.Gagarin, the first Soviet cosmonaut, for training of highly qualified specialists and considerable contribution to the Space Research of the .

In 1990 the Department was headed by Kuleshov Yuriy Yevgenovych, the Associate Professor, the Candidate of Technical Sciences, who elevated firmly and decisively the work of Department to more responsible and higher level.

Since 1991 the Department has been permitted to train the specialists in Electronics. The Department turned into the issuing one and received its present name – the Department of Electronics and Electrical Engineering. Since 1991 academic year the admission of students in a new specialty of «Electronic Systems» has started.

In 1993 the Associate Professor Kuleshov Yu.O., the Head of the Department, was elected as a full member of the Ukrainian Academy of Sciences of National Progress. In 2001 he was decorated with the honorary title – «Honored Worker of Education of Ukraine».

Since April 2011 till September 2014 the Department was headed by Kaplun Viktor Volodymyrovych, the Doctor of Technical Sciences, who moved to the Department from the National University of Life and Environmental Sciences of Ukraine.

In 2013 Department gained the permission to train the Bachelors of «Electronics and Electrical Technologies». Since 2014 the admission of the students by a new direction of training has started.

Since January, 2016 the Department has been headed by SHVAYCHENKO Volodymyr Borysovych, the Candidate of Technical Sciences, Associate Professor.

The Department is the issuing (profiling) and trains the specialists by bachelor study programs:

The studying term for the bachelors is four years (or three years of abridged form of studying for the vocational college leavers), for the masters – one and half year.

The scientific and research works are conducted by the following directions:

1 direction – The technical means for increasing the quality of electrical energy;

2 direction – The frequency convertors and electrical actuation with synchronized engine;

3 direction - Optimization of the switching processes in IGBT circles;

4 direction – The equipment to measure the level of dioxins and furans at the chimney outlets;

The Department trains the specialists by specialty: 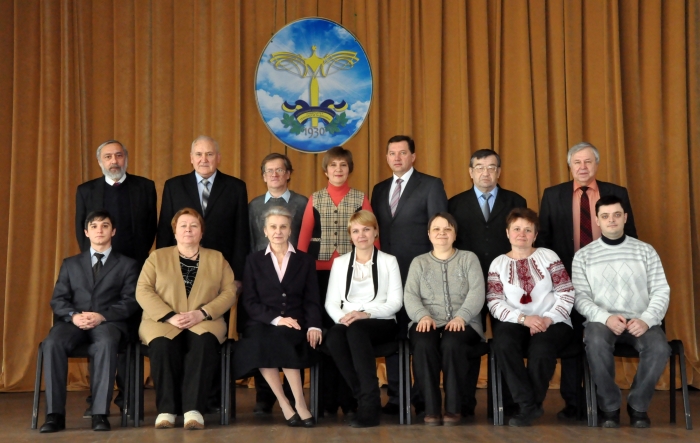 The Academic Staff of the Department of Electronics and Electrical Engineering

Highly qualified staff of lecturers and teachers has been training the specialists; among them are 6 Professors, 4 Associate Professors.

7 specialized lecture rooms have been created for the recent years:

Disciplines Taught at the Department

At the Department the lectures are delivered and the laboratorial classes are conducted by 32 disciplines. 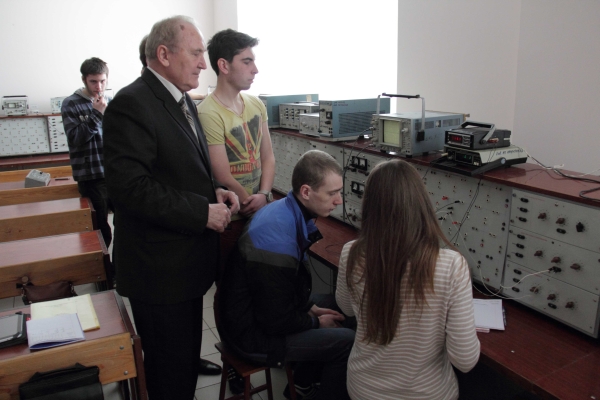 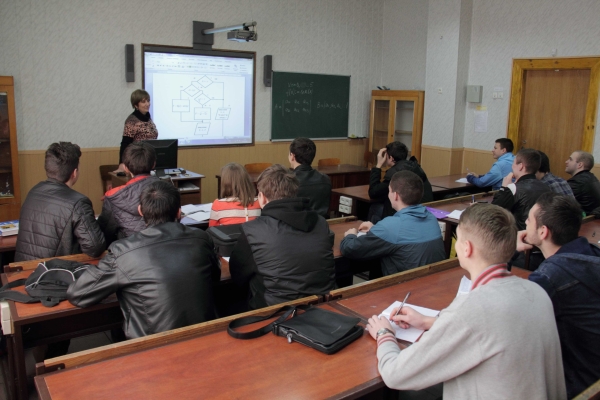 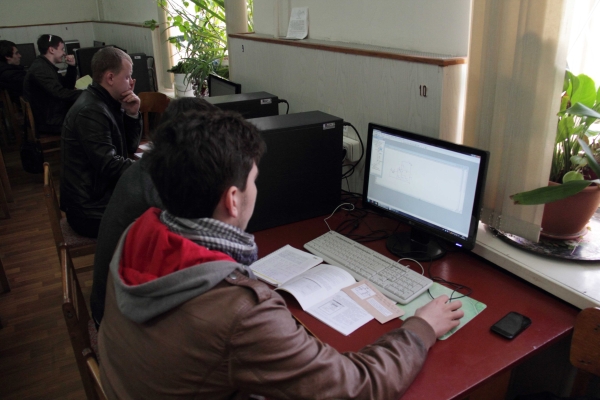 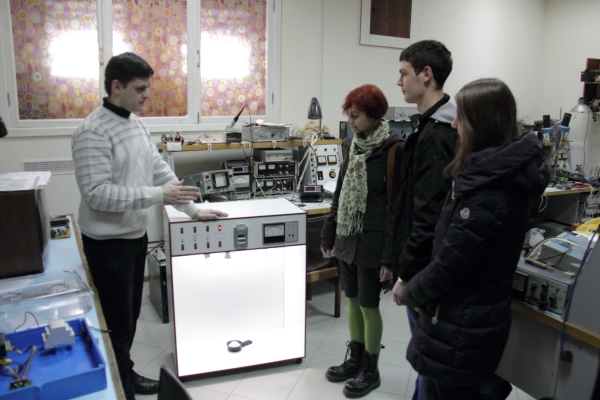 All types of student learning load are fully equipped with teaching literature. The guidelines for laboratory work, course and diploma projects, master works have been developed and printed. The educational process of the Department is provided with textbooks and tutorials by 100%.

Much attention is paid to methodological support of independent work of the students.

More than 20 methodical guidelines have been recently developed and issued at the Department.

«Molodizhny» student sport and recreation camp is opened in summer in the picturesque place on the Dnieper bank in Kyiv suburbs.

The non-resident students are provided with the hostel situated in 15-minutes’ walk from the university.

Every year the contest on the best qualification works are organized among the graduates.

Having finished the studying by the qualification level of bachelor of «Electronic systems» the students are able to continue their studying with the aim to gain the qualification level of «specialist» or «master» of «Electronic systems». And the graduates of «Electrical Engineering and Electrical Technologies» are able to continue their studying by the specialty of «Energetic management».

Having finished their studying the specialists of Electronic systems will:

Having finished their studying the specialists of Energetic management will be able to:

The highly qualified specialist will be able to work at engineering and production positions in branches of designing, management, marketing of industry, agriculture and service sphere.

There is a possibility to obtain the military rank of the retired officer and the second higher education (management and administration, marketing, finances and credits, economics of enterprise, accountancy and audit, economic cybernetics and others).

The Masters’ program graduates will be able to continue their studying at the post-graduate courses by the specialties of 05.09.12 – «Semiconductor convertors of electrical energy» та 05.09.03 – «Electrotechnical complexes and systems».

The perspectives of employment for the students

The specialist of «Electronic systems» can be employed as:

Among the typical positions for the specialists of energetic management there are such positions:

And other engineering positions with energy consumption control as one of the major functions.

The students are involved to the scientific and research works at the department with development and manufacturing of research samples. The student circles are organized for the students, such as:

The Department trains the specialists for Peoples’ Republic of China, Russian Federation, Moldova, Turkmenistan and other republics of Commonwealth of Independent States (CIS).